The house is set in its own drystone walled grounds of just over an acre.

There’s also the West Bank, which used to be covered in rhododendrons, an invasive species in this area. The Snowdonia National Park removed them in October 2022, leaving us with a very steep and bare bank. We can’t reseed it for two years.

A long bumpy drive leads up to the parking area. There’s a turning circle by the locked garage.

All photographs are taken on the property. 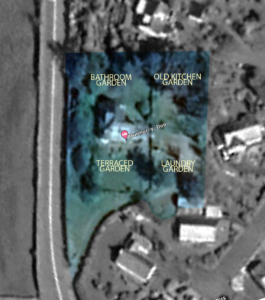